While I was at work this morning and you have been following me lately on Instagram as the same name as my blog that, I posted a teaser trailer for the icon last night for Halloween Horror Nights for this year. That announcement was made this morning as towards everyone’s guesses that it was in fact “Chance” to be the host for this year’s HHN 26 at Universal Studios Orlando.

If you don’t know what I’m talking about that “Chance” is Jack the Clown’s girlfriend and this time she’s hosting the show and out for blood, terror, and scares. She’s also being referred of being called the “Harley Quinn of Terror” cause her resemblance is very close towards the actual villain in the Batman comics. Chance is also being reported to receive her own house and scare zone as her story unveils for this year’s HHN.

Here’s what Michael Aiello (Director of Creative Development for Entertainment for UOR) had to say about Chance from the Universal Studios Orlando Blog:

“Who better to take Universal Orlando’s Halloween Horror Nights by the throat than someone who has been influenced by Jack, learned from him? But someone who brings with her a new environment and tone to the event.

For us, Halloween Horror Nights 26 literally takes place where we left off. The aftermath of the carnage is still fresh and Chance finds herself incarcerated for the crimes of last year. With the “Jack in the Box” on an evidence shelf somewhere waiting for someone to turn the crank once more, Chance bides her time within her cell.

But this is not a tragedy for her. This prison is a toy box. It’s within the confines of her cell that she enters her horrific “theatre of the mind”. She knows that the acts committed inside her mind will manifest in the real. Both equally deranged and gothically beautiful.” 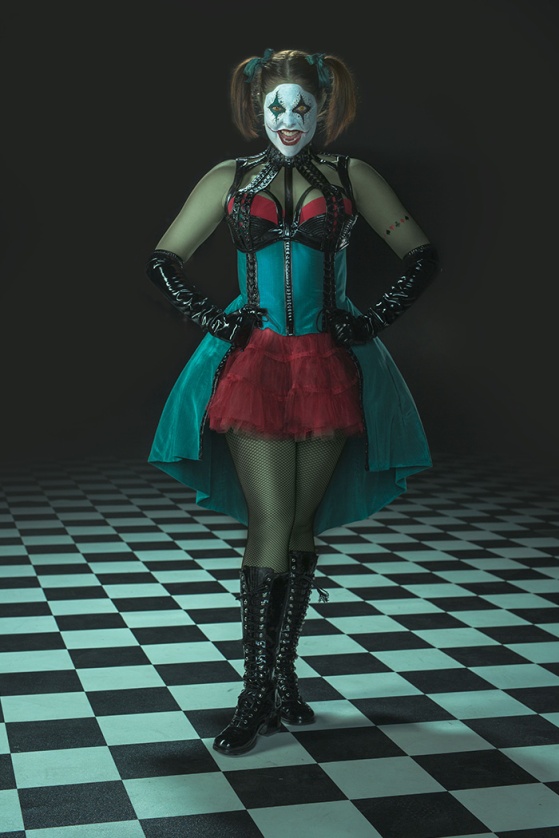 So my fellow readers, are you guys ready to take a “Chance” and face the horrors and terrors that Jack’s girlfriend is going throw at you for this year’s HHN 2016? For me, I will see once more details has been relieved and surfaced about it and all of your scares and spooks and themed entertainment news keep checking back here at SkywalkingAdventure.com