The brand new 3-floor Coca-Cola store that just recently opened up will now be adding adult alcoholic beverages towards it’s menu, well…for anything that is Coca-Cola related. Starting at 4pm-till closing (11pm) (Originally it was 3pm-11pm) will be serving Coke inspired alcoholic beverages on it’s rooftop bar. Alcoholic beverages were added yesterday even though this post is a day late for myself talking about this.

If you don’t know where the Coca-Cola store is located, it’s located right near where the new Planet Hollywood themed observatory will be at Disney Springs. The famous Coke and Jack will be a served beverage but also some new exotic flavors the store will be offering too. Including new ingredients such as Hendrick’s Gin and celery bitters. 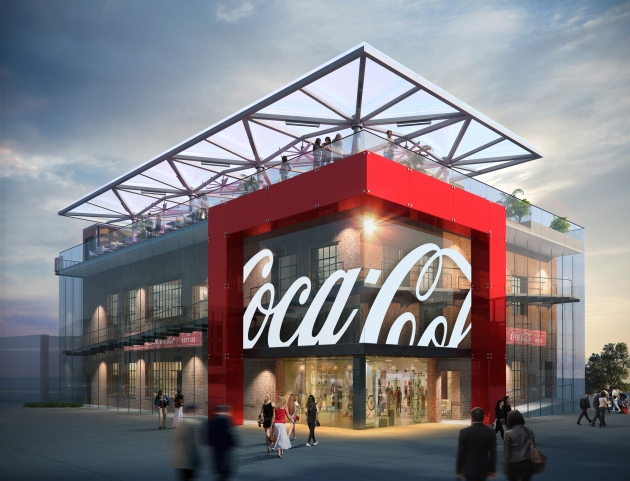 On tap served at the bar will be: Mixed beverages of Minute Maid Smoothies, and “Mocktails”, with also Diet Coke Mint, Floating Coca-Cola Cherry and Sprite Orange Bubbly. If your not interested in trying the alcoholic beverages, the top floor will be selling different flavors of everyone’s favorite soft severe beverage from across the world not available from the United States. The store has all Coca-Cola inspired merchandise and a 1920s themed building being a representation of a bottling company according towards the Orlando Sentinel.

The Coca-Cola store opened up early this month on July 5th, and for all of your Disney and themed entertainment news keep checking back here at SkywalkingAdventure.com