This weekend that is happening right now at the Long Beach Convention Center for a Halloween and horror convention with some of the biggest names and talents in the haunt industry and of course theme parks.

One of those big names was Halloween Horror Nights at Universal Studios Hollywood that had a panel presentation with Executive Director and Producer, John Murdy and Creative Art Director, Chris Williams. In case if you don’t know who these two guys are that, they are also the ones who helped create the all-year round of “The Walking Dead” walk through attraction that recently opened on July 4th, 2016 and many more of past HHN houses and mazes. 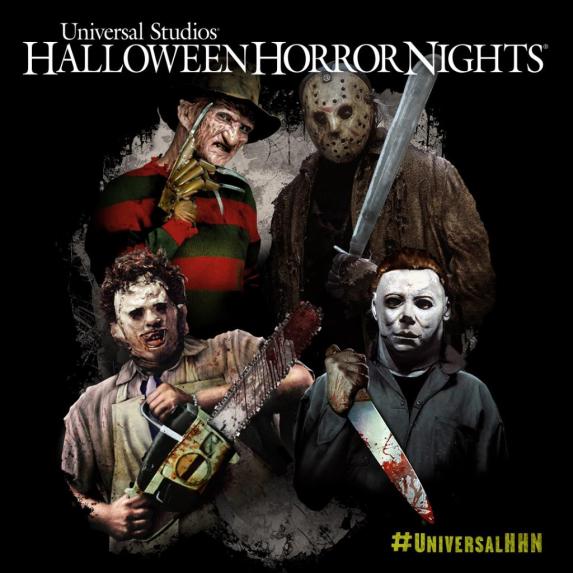 Last night during the panel presentation that, both of them went into discussion for the big announcement that was debuted for having all four of the iconic-pop culture slashers for this year’s HHN season. Which are Freddy Kruger, Jason Voorhees, Michael Myers, and Leatherface. No new mazes or houses were announced during the panel presentation but, some cool new brief details were talked about.

One of them that was talked about earlier this week on Universal Studios Hollywood via Twitter page of the 2003 New Line Cinema of “Freddy vs Jason” and how John Murdy and Chris Williams took inspiration from the film and apply it towards the maze. I won’t talk about all the details and you can watch the actual panel presentation down below in case you missed it for all of the details.

One of the details that did caught my interest for “Freddy vs Jason” that they discussed was that, this year that there incorporating a Easter Egg in the maze and a tribute towards director Wes Craven who passed away last year. Wes Craven is one of the most respected directors in the horror film industry for mainly being known for the “Nightmare on Elm Street” franchise that was brought to life. John Murdy and Chris Williams mention that they never worked with Wes Craven and nor did Wes Craven ever saw any of the houses and mazes that John Murdy and Chris Williams brought to life of Wes’ IPs he created.

As for you HHN fans in Orlando, nothing was announced either too from this panel but do expect announcements pretty soon since we are not that far away from the upcoming event happening September-October. Other then that I will be posting more updates as more become available for details and for both HNN Hollywood & Orlando. Below you can enjoy the trailers that were released for the all four the slashers in the mean time.

For everything else scary and spooky and Universal Studios for news and announcements and all of your other themed entertainment news, keep checking back here at Skywalking Adventure.com