The long extended of the Disneyland 60th Diamond Celebration is officially coming towards a end on September 5th, 2016 at the Anaheim, CA resort. The celebration was suppose to conclude last month in July but was extended due to high guest demand for a whole year extension.

The three big shows that were added for the Diamond Celebration were the “Disneyland Forever Fireworks” with different map projections in different areas of the park and synchronization of the show. “World of Color: Celebrate!” with the voice narration of actor Neil Patrick Harris in Disney California Adventure about the legacy of Walt Disney. Lastly third was the brand new “Paint the Night” nighttime parade that had over 1.4M LED lights that was debuted in Hong Kong Disneyland earlier with a separate version before it was added towards the Disneyland Resort.

Guests on Main Street U.S.A for the “Disneyland: Forever Fireworks” with the map projections on the shops and restaurants in the synchronization with the fireworks of the nighttime show.

Full Show of the “Disneyland: Forever Fireworks” for the 60th Diamond Celebration.

As of yesterday and the day before that, those nighttime showings are coming towards a end and some are going away and to be put on rest and some are going back towards it’s original nighttime showings for the park. These will include the Disneyland Forever going back towards it’s original nighttime showing of “Fantasy In The Sky” running Friday-Sunday evenings on September 9th. The original World of Color that debuted in 2010 will start up again on September 6th with favorites like Wall-E and Pocahontas till early November just in time for the holidays according towards the Disney Parks Blog. But if the original World of Color gets a update of it’s projections like it did for Celebrate!; then it would keep the longevity for the show around much more longer. 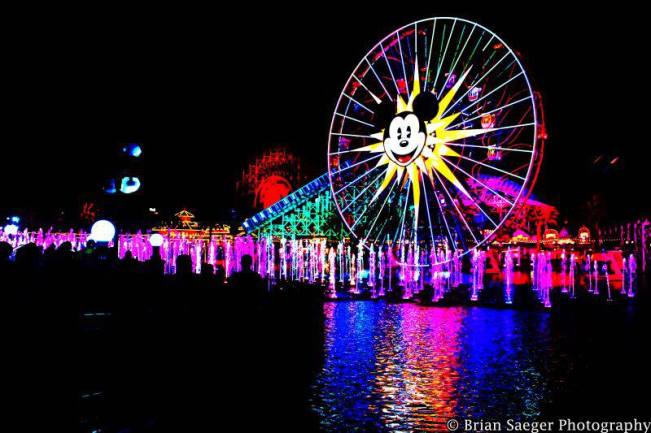 Full Show of the original “World of Color” at Disney California Adventure.

Full Show of “World of Color: Celebrate!” at Disney California Adventure for the 60th Diamond Celebration.

Paint the Night was however was the most shocking and upsetting news towards a lot of Disney fans that broke out last night. As many thought this would be a permanent nighttime parade that was going to stick around for a while but in this case it’s not. Personally in my opinion that it is the best and most strongest parade that has ever happened towards the park in quite some time with the very catchy music done by music artist of Owl City that was remixed from the “Wreck It Ralph” soundtrack for the Disneyland 60th. 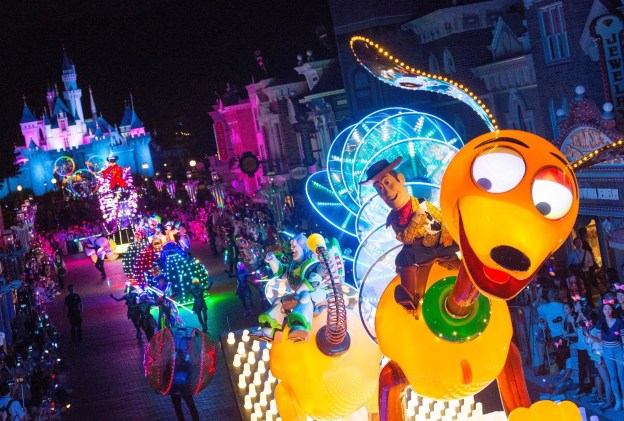 Paint the Night that only lasted a year and half from 2015-2016 at the Disneyland Resort for the 60th Diamond Celebration until more updates are further more to come.

Full Show of the “Paint the Night” Parade at the Disneyland Resort for the 60th Diamond Celebration.

The nighttime parade was kept through the holidays of Halloween and Christmas last year in which they didn’t have any special kind of holiday parade for the park at the time. With rumors and speculation that are circulating the web and social media from these three rumors from what I read of. The parade is going to be hiatus and returning back at some point, being swamped with the Main Street Electrical Light Parade for the Magic Kingdom’s 45th Anniversary on October 1st, 2016 at Walt Disney World for nostalgia at Disneyland, and being run only during seasonal operations of the Fall and Summer. No official word or confirmation of this amazing parade and the status of it but, all we can do is keep our eyes and ears peeled for more information to come.

I would think in mind that this was a corporate business decision of budget cutting and save up the extra cash flow that is being invested towards the Star Wars land expansion but this is all speculation and guesses. Another guess would be because of different crowd seasons between low and high peak seasons to help control the crowd levels because of park attendance statistics.

With the other nighttime and popular showing of “Fantasmic!” and not debuting from it’s hiatus break next year in the Summer that, it shows of having less content in the park. Not having hardly much of nighttime entertainment for the park that, it’s really hard to say how Disneyland’s guests are going to cope and deal with it. Paint the Night isn’t permanently going away as many other Disney fans are thinking and fearing but, if you agree with my guesses or not then so be it.

We all the knew that the Diamond Celebration was going to end at some point but I want to know what you guys think? Happy, sad, or have mixed feelings about the Disneyland nighttime shows going back towards it’s original shows and the removal of Paint the Night? Let me know in the comments section below! For everything magical and Disney and other themed entertainment news, keep checking back here at SkywalkingAdventure.com