Many of us were all excited and walk inside the brand new and re themed Planet Hollywood Observatory at Disney Springs last month but, it was unfortunately delayed. From the Orlando Sentinel and according towards a employee at the restaurant that it won’t have a exact opening date next week (best kept to keep posted on the Disney Parks Blog about it for updates) that they will be taking reservations early as far as January 22nd,2017.

The whole entire restaurant has been shut down for a whole year to revamp the menu in partnership with Food Network personality, Guy Fieri and redoing the whole outer facade and themeing of the restaurant.

“The renovation has cost the Orlando-based company about $25 million, owner Robert Earl said. The restaurant will be open for lunch, starting at 11 a.m., and takes reservations at late as 10:45 p.m.”

New menu items that they added for example such as Bacon Mac N Cheese Burger and the World Famous Chicken Crunch. 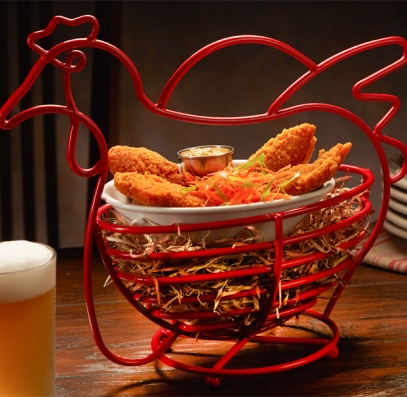