Coming soon towards the Magic Kingdom at the Walt Disney World Resort will be replacing the current fan favorite of “Wishes” with the brand new nighttime show of “Happily Ever After’ that will debut this May 12th, 2017. Just shy a couple of weeks before the opening of Pandora at Disney’s Animal Kingdom on May 27th, 2017.

“Wishes” last performance will be on May 11th, 2017 and the show debuted in October 2003 and myself reading numerous responses on social media that, a lot of fans are upset and emotional of this show of “Wishes” that is going away pretty soon. Change is hard and difficult for something that we all love and cherish cause we grew up and experience and adapted towards it in a Disney Park environment.

Anyways, here’s the details about the show over at the Disney Parks Blog: 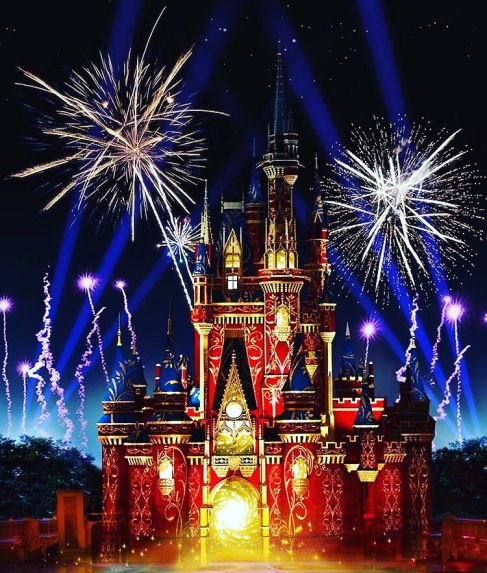 Artist Concept Only for “Happily Ever After” to debut at the Magic Kingdom. Source: (©Disney)

“The spectacular will inspire guests to seek out and find their own “Happily Ever After” by showcasing some of the greatest adventures Disney characters have taken to achieve their dreams. The show will feature the latest fireworks and pyrotechnics and original animation, plus a heart-tugging original score. And thanks to the inclusion of state-of-the-art projection mapping technology, more Disney characters than ever before will be featured in the show, including moments from “Moana,” “Brave,” “Big Hero 6,” “Zootopia,” “The Princess & The Frog,” “Aladdin” and many others.”

Video about it down below.

Also in standard and typical Disney fashion in which a dessert party will be offered over at the Tomorrowland Terrace and more details will be released in the coming weeks over at the Disney Parks Blog.