Last month in February it wasn’t for “certain” if the head boss for The Walt Disney Company of Chairman & CEO, Bob Iger wouldn’t be staying after his contract expired next year in June 2018. The company was “open” towards the idea since it’s been heavily reported in which Iger’s successor, Tom Staggs was supposed to replace him after Chairman Iger was going to step down.

Staggs as the company’s, Chief Operations Officer announced his departure last year and leaving the company in a turmoil and a difficult position to find a successor and which at the time left the company hanging.

Well in this case in which today that Disney’s Board of Directors gave him another year and extending Iger’s contract till July 2019. This seems to be case in which “amid concerns among industry observers that there is no heir apparent within the company’s executive ranks” according towards The Hollywood Reporter.

If Iger will stay towards his extended contract in which he will receive a cash bonus of $5 million, “in addition to an award for fiscal 2019 under the company’s management incentive bonus program,”. His employment agreement has “remained unchanged” expect for provisions and his annual compensation for his extended employment period will “to be announced” on the same basis as his annual compensation for the fiscal year of 2016.

“Leading this great company is a tremendous privilege, and I am honored to have been asked to continue serving as CEO through July 2, 2019,” Mr. Iger said in a statement. “Even with the incredible success the company has achieved, I am confident that Disney’s best days are still ahead, and I look forward to continuing to build on our proven strategy for growth while working with the Board to identify a successor as CEO and ensure a successful transition.” 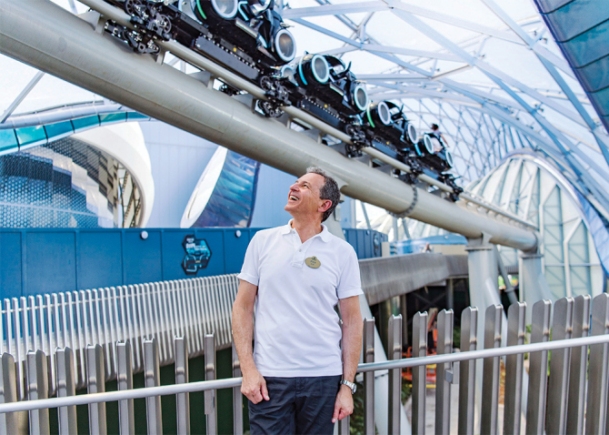 Other candidates have been observed and suggested by industry experts from a couple of names such as: Disney board member and Facebook COO Sheryl Sandberg (she has been with the board since 2009), from former News Corp. no. 2 Peter Chernin and NBCUniversal CEO Steve Burke to CBS Corp. CEO Leslie Moonves.

It isn’t clear wither Disney will bring in a successor from there own realm or a outside leader after Iger’s contract extension. This seems also to be the case since the Star Wars expansions at both Disneyland and Walt Disney World Resorts will be opening up “somepoint” in 2019 on both coasts and well, who doesn’t wanna official grand open these expansions?