As a longtime fan of the traditional Epcot International Food and Wine Festival the event keeps expanding and getting more better and flavorful each year in the Fall. This year will be the 22nd annual festival and the run through of the event will be a lot more longer then last year.

This year it will be starting on August 31st-November 13th, 2017 in which that’s a whole total of 75 days and 13 more dates longer then last year! In also celebrating the upcoming anniversary of Epcot for it’s 35th anniversary will be a record number of 35 marketplace food stands around the World Showcase and Future World.

The traditional “Eat To The Beat” concert series, celebrity culinary chefs, workshops and demonstrations will be back for it’s usual return and schedules and bookings will be posted later on before the festival kicks off.

New items that will be on the menu this year will be the crispy chicken with griddled cornbread and red-eye gravy for the Farm Fresh Marketplace. The spicy Korma Chicken with cucumber-tomato salad, almonds, cashews and warm naan bread from the India Marketplace. The Spain Marketplace of the charcuterie in a cone will be added as well for a sweet and tasty treat. 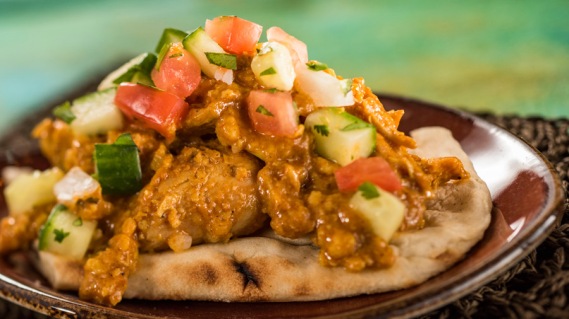 Keep out for more details for the traditional festival this summer by visiting epcotfoodfestival.com. For everything Disney and other themed entertainment news, keep checking back here at SkywalkingAdventure.com