Couple months ago, if you read on the web of supposedly of a survey sent out for new Star Wars experiences or what kind guests want to see at Disney Parks about the universal galaxy that is far..far away and from this link here to watch all about it. Well it was a survey that became official and confirmed last night by Chairman Bob Chapek, of the Walt Disney Parks & Resorts of an actual Star Wars inspired resort and will debut as part of the new Disney 360 vacation concept. 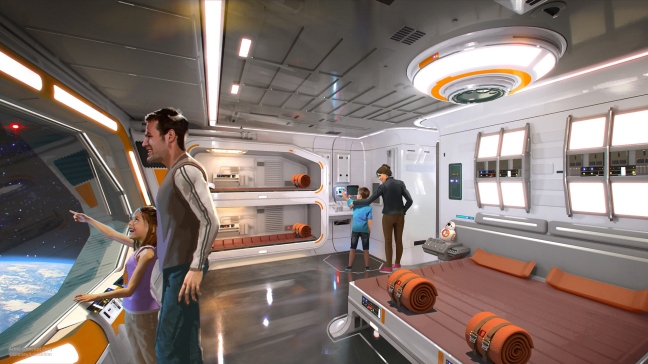 Guests can view spectacular views of the Star Wars galaxy as part of this anticipated themed and inspired resort at Walt Disney World. Source: (©Disney)

According towards Chairman Chapek, this will be a revolutionary experience that their guests will be living the adventure and capture themselves in entirely new ways of Disney storytelling.

“It’s unlike anything that exists today.” Bob said. “From the second you arrive, you will become a part of a Star Wars story! You’ll immediately become a citizen of the galaxy and experience all that entails, including dressing up in the proper attire. Once you leave Earth, you will discover a starship alive with characters, stories, and adventures that unfold all around you. It is 100% immersive, and the story will touch every single minute of your day, and it will culminate in a unique journey for every person who visits.” 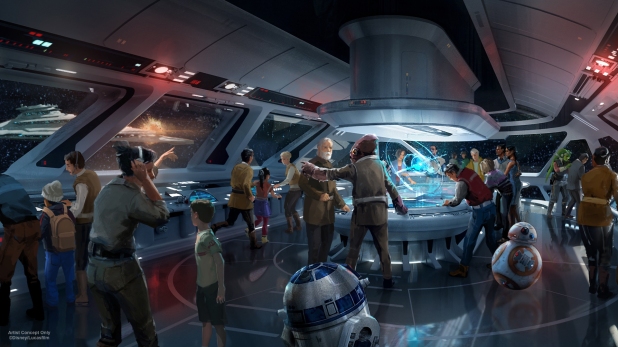 Possible lounge area for guests to meet and interact with some of their favorite and recognizable characters from the franchise. Source: (©Disney)

No official date hasn’t been announced yet but, some inner guesses that this could be possible around the time when Star Wars: Galaxy’s Edge opens up in 2019 at Disney’s Hollywood Studios.