During a round table livestream this morning and where the creatives sat down and had a discussion for what the fans can expect at this year’s event, including Senior Director for Universal Creative Entertainment, Mike Aiello. Now that the cat is officially out of the bag and in which the last remaining house just announced and an original for “Scary Tales: Deadly Ever After”.

This original concept has long history within the event and has been done as a previous house and a scare zone as well. Now it’s back again and here’s what guests can expect at this year’s Halloween Horror Nights 2018.

You may think fairy tales have that warm and cozy “happily ever after” ending from the stories that you know of however, you may wanna reconsidered that. Everything that is good and decent is taken away as your thrown into the gauntlet for this original house concept. This will be a twist on the fan-favorite series of fairytales as a new chapter in the story.

“The original Wicked Witch of the West has seized control of the fairytale realm and is tormenting treasured storybook characters in hideous and cruel alternate storylines. You know…the pure turned evil, the evil gets worse kind of storylines.”

Portions of the house will be nicknamed “Revenge”, “Toupee”, and “Splatter” as you adventure through the development of the house and expect the unexpected for the stories that you know of will have a different experience each time. Universal Orlando showed some banners down below, for each story you being taken part of. 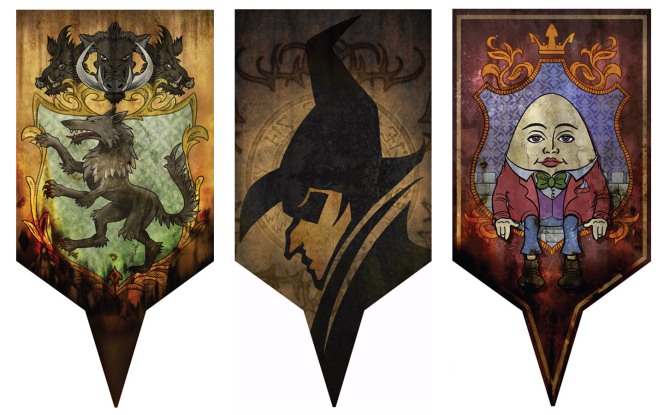 Also, due towards popular demand and Universal has announced two more additional dates for the month of September for- Wednesday, Sept. 19 and Wednesday, Sept. 26. The event’s line up for this year is all completed with 10 houses, 4 scare zones, and a highly energized choreography group for “Academy of Villains” that will be located inside of the Fear Factor stadium.  If you haven’t purchased you’re tickets or vacation package deals, and can check it out by visiting Halloween Horror Nights site here.

Get you’re scare on this coming September 14th-November 3rd, 2018 and check out the announcement trailer down below. For everything Universal Parks & Resorts and all other themed entertainment news, keep checking back here at SkywalkingAdventure.com