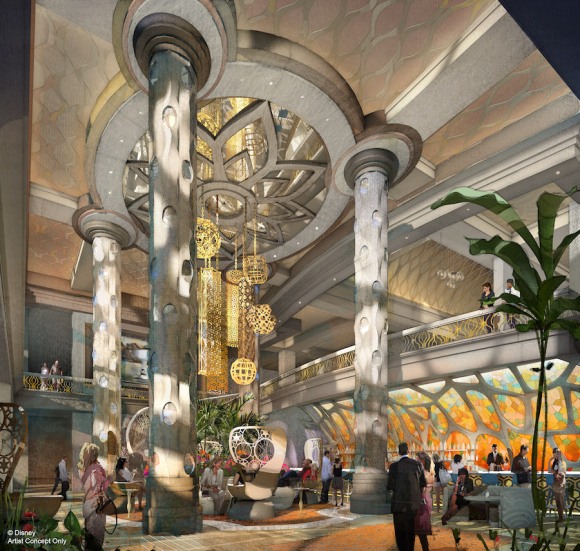 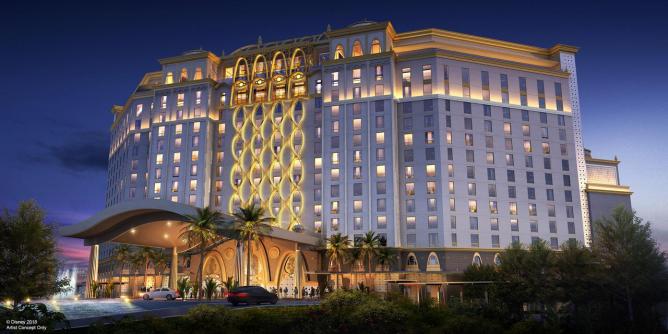 “The centerpiece of this expansion is a new 15-story tower, which you can see in the rendering above. It will add 545 guest rooms (including 50 suites!) to the resort. The tower will be the new main entry point when visiting the resort; in the rendering below, you can see the tower’s gorgeous two-story lobby where you can check in and find some cozy places to relax. Atop the tower, you can look forward to dining in a themed and unique table-service restaurant that will provide incredible views of Walt Disney World Resort.”

Rest of the resort has been refreshed as well, with all of the existing 1,800 rooms that have been fully updated with new fixtures, furnishings, and lighting. Lago Dorado will be a new restaurant that will be located on an island in the middle of the resort’s 14-acre lake. A fresh sophisticated color palette will tie into the resort’s theming for the experience as guests walk in and check in their stay at Walt Disney World.

UPDATED DETAILS: Just as a quick update in which from this morning’s announcement from IAAPA 2018 and Bob Chapek of Disney Parks, Experiences and Consumer Products Chairman gave everyone the official name for the new tower expansion for the resort. The new 15-story centerpiece of the resort will be called, the Grand Destino Tower.

You can read the details here on the Disney Parks Blog site.