Just moments ago in where Bob Chapek as chairman of Disney Parks, Experiences and Products just released a new piece of concept art for the upcoming expansion at Shanghai Disneyland from Walt Disney Animation Studios blockbuster hit, Zootopia. 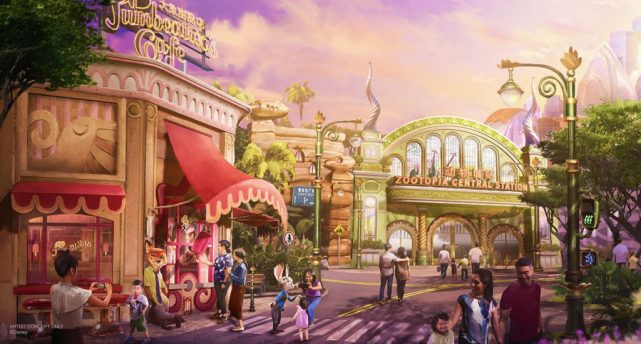 Artist Concept Only for the Zootopia expansion at Shanghai Disneyland. Source: (©Disney)

The expansion plans were announced earlier this year in which you can read the full details here to learn more about it. It will feature new entertainment, merchandise, and dining options that can be only found within the area of Zootopia. Featuring an attraction that blends story telling and state-of-the-art technology.

Disney didn’t go into specifics of what the major attraction will be but, stay tuned for updates and details as we get them from Disney.