As it was previously that announced the first ever Mickey & Minnie attraction for “Mickey & Minnie’s Runaway Railway” is coming towards both the Disneyland Resort and Walt Disney World at Disney’s Hollywood Studios.

Artist Concept Only for the queue inside of Mickey & Minnie’s Runaway Railway. Source: (©Disney).

First at Disneyland park in which the attraction will be opening up in Mickey’s Toontown in 2022. This will be taking place at the El CapiTOON Theater in where Mickey and Minnie will debuting their new short “Perfect Picnic”. Before entering the cinema and you’ll experience a special exhibit that is created by the Toontown Hysterical Society featuring costumes and props from the toon world.

Disney’s Hollywood Studios, in where the attraction will be opening up next year by the Imagineers. You’re invited towards the Chinese Theater that originally housed “The Great Movie Ride” in which you step through a magical portal for theatergoers from the human world towards the cartoon world for an adventure on “Mickey & Minnie’s Runaway Railway”. 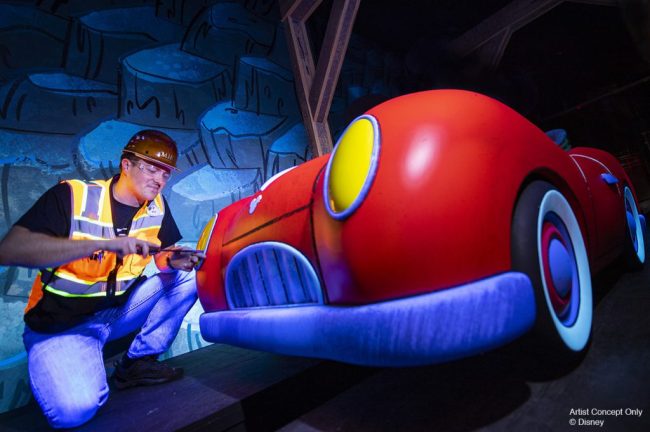 Artist Concept Only for one of the installations for Mickey & Minnie’s Runaway Railway. Source: (©Disney).

It will be based off the Disney Channel’s Emmy® Award-winning “Mickey Mouse” cartoon shorts and you’ll board a train with Goofy as the engineer. It will be an original story and a catchy theme song that will be utilizing state-of-the-art technologies and dazzling visual effects from the cartoon world towards an immersive multidimensional experience. 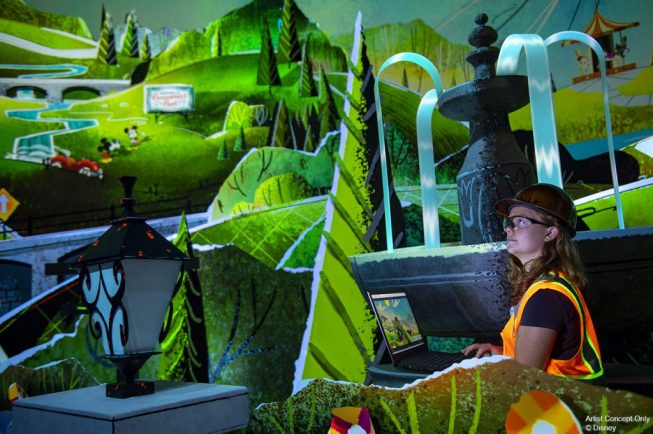 Artist Concept Only for one the Imagineers testing the ride technology for Mickey & Minnie’s Runaway Railway. Source: (©Disney).