Universal Studios Hollywood and the partnership with AMC’s “The Walking Dead” and for four seasons long is one of the most popular franchises and famously known for it’s annual “Halloween Horror Nights”. The long creative process and in collaboration by Executive Producer & Director of the show, Greg Nicotero and Creative Director John Murdy has been a six long year development in bringing the show to life on a next level. This walk through attraction will be a permanent all year around starting on Independence Day on July 4th. Hardcore and casual fans of the show will be in for some surprises and familiar areas that will happen through out the course of this attraction.

The walk through is a hybrid combination of animatronics and real life scare actors filled in with dozens of props that fans may recognize when going through the walk through. Guests under the age of 13 are not recommended to do this because of the intense nature and graphic material that went towards the design of this walk through and the bloody and gory zombies or known as “walkers”. Universal Hollywood team up with the creative team of  “The Walking Dead” even with Greg Nicotero and KNB EFX in making prosthetics and detailing to applied on towards walkers in course of the attraction. 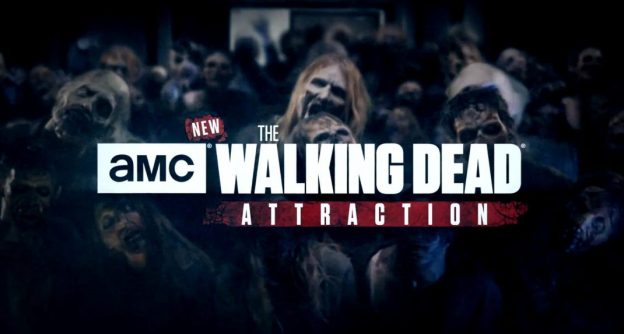 Here’s what Greg Nicotero, Larry Kurzweil, and John Murdy had to say about the attraction from the press release statements from the media preview yesterday:

Greg Nicotero, Executive Producer and Director explained  “After six years of working on “The Walking Dead,” we have this great opportunity to take “The Walking Dead” out of the studio, off the soundstage and into this amazing and truly one-of-a-kind attraction at Universal Studios Hollywood”

“Guests can now come face-to-face with live and animatronic Walkers that are indiscernible from the Walkers from the show. It’s very exciting, and I am thrilled to be a part of it.”

Larry Kurzweil, President of Universal Studios Hollywood explained “The Walking Dead” is a phenomenon that has successfully and consistently affected the psyche of viewers on a global basis since its debut,”

“We’re taking its authenticity to the next level by collaborating with the show’s award-winning production team to create a thrilling, living representation of the series that can only be experienced at Universal Studios Hollywood.”

John Murdy, Creative Director explained “We wanted to make the guests feel like they are walking in the footsteps of Rick and the other survivors on the show,” ”

“We want people, from the minute they enter the attraction, to feel like the show has started,” said Murdy. 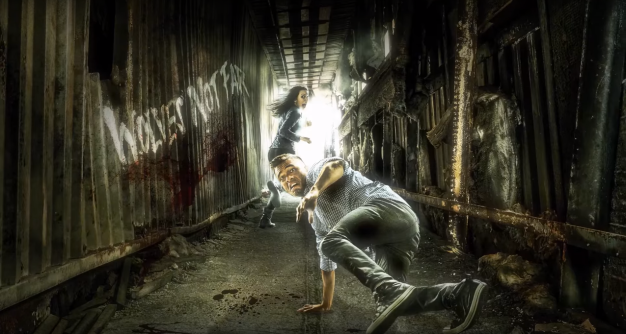 Hardcore fans of the show will be immersed into the different and highly detailed practical sets of the Harrison Memorial Hospital, The Prison, the loading dock of the Del Arno Foods warehouse. If they have good eyes those fans will catch this walk through with tons of Easter eggs from the show tied in towards the attraction of the survivors and walkers.

In case you were wondering too but this walk though has screens but very minimum amount which is what Universal is known for. But the pacing and timing of the whole attraction is well worth of your time, if your a true “The Walking Dead” fan and seen the show. For me and only watched some of the show that, this attraction looks absolutely stunning and the details that Murdy and Nicotero and rest of the creative team put into the authentic look the from the show.

If you want to read the whole walk through and read some of the spoilers click this link, HERE

FULL “THE WALKING DEAD” WALK THROUGH POV IN LOW LIGHT

Source: (Behind The Thrills)

As this season’s “Halloween Horror Nights” this year that, this attraction will guarantee popularity and will have fans having more “The Walking Dead” action as a house and and a all year round type of environment for fans and many more to come. For all of your survival action and zombie-fied attractions and all other themed entertainment news, keep checking back here at SkywalkingAdventure.com