Note: Just a quick disclaimer that is just all rumors and speculation and my personal thoughts until it’s officially announced by Universal/NBC Comcast for this intellectual property by the network FX of “American Horror Story”. This is all opinions of statements and nothing reflects and is non affiliated by Universal/NBC Comcast for those who are reading this article or anyone reflecting upon it. 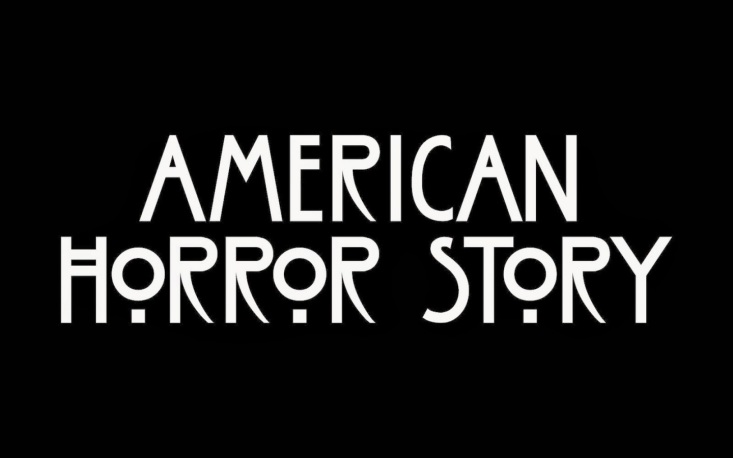 One of the most popular televised shows that is highly creative and detailed that is on the channel of FX’s “American Horror Story” since 2011 unlike it’s competition for other shows like AMC’s “The Walking Dead” for example which is another huge and popular franchise and fan base since 2010. Personally I am not saying the two shows are at war against each other but, this is what I believe the show on FX owned by 21st Century Fox needs to be shed upon for this IP for HHN this year.

When both shows started with a year gap between them that the first season of “The Walking Dead” received average of 5.24 million viewers and where the first season of “American Horror Story” received average of 2.82 million viewers. That’s a big difference between the shows but, they are two different types of genres classified between the shows. The focus of myself writing this article is what I believe to put “American Horror Story” into towards the Universal Parks between Hollywood and Orlando.

The chances of it happening can be slim to none for putting the AHS franchise into Universal Parks for HHN 2016 because for me this franchise deserves to have it’s first year and something new to do since “The Walking Dead” houses have been repetitive for the past couple of years now. Although I do agree that “The Walking Dead” is still popular but let’s face it that the show won’t end till the final season is over with and the contract between AMC/Universal can close and make room for another franchise to take over the throne.

The horror/supernatural/erotic thriller has been under the radar for many years now with rumors and speculation of becoming a potentially house or maze for Halloween Horror Nights at Universal Hollywood and Orlando. Season 6 of the show is premiering this year on Sept 14th at 10pm with so many different fan theories that are intertwined with the show. So here is my own personal Top 5 reasons why “American Horror Story” would succeeded for Halloween Horror Nights this year at Universal Hollywood & Orlando.

5.) Diversity of the seasons of set design

Universal Studios is famously known for the being the entertainment studio for the masters and the icons for the horror industry and high quality film making. Since Halloween Horror Nights started up Hollywood and Orlando between 1991 and 1997, the studio is famously known for bringing realistic and spot on details of aesthetically and creative set designs from many and popular IPs they acquire to make them into different houses and mazes.

“American Horror Story” is a perfect example because the seasons have a different theme and something that isn’t consistent unlike different television shows that correlate the continuation of a season that is the premiere of it since season one. Universal creatives can do really anything unless they are granted permission by the network of FX in order to do so. If you have a favorite season from Murder House, Asylum, Coven, etc are just examples of what they can do and pull of and the sky is the limit for them really.

Myself would like to see Creative Director, John Murdy who helped envision the brand new “The Walking Dead” walk through attraction that opened up recently on July 4th at Universal Studios Hollywood and his creative team for bringing “American Horror Story” come to life. Only problem is considering that each of the seasons have so many different themes it’s really hard just narrowing down what designs and sets they can use and manage from the show.

The Hotel Cortez from Season 5 of “American Horror Story” would be a good example to use a set piece design to use in Halloween Horror Nights this year. Source: (Entertainment Weekly)

Many fans of the show or shall I say the hardcore fans know that in each different season the show that they are in fact universally connect. A prop, dialogue reference, or a certain character are shown in each of the seasons that fans put the different pieces of puzzle together is for them to solve and making sense of the show.

For example: **SPOILER** in Season 5 of “American Horror Story: Hotel” where The Countess played by Lady Gaga was pregnant and needed a abortion (in which you didn’t know that Gaga was a blood sucking, sex crazed, infectiousness vampire) in the 1900s in which the same surgeon of Charles Montgomery who was the same original house owner from Season 1 of “Murder House”!

This is just something that Universal and many of which of the development teams can create and develop of the rich story that connects each of the seasons of the horror thriller show. Halloween Horror Nights is making those details, references, cameo characters, and Easter eggs for there guests to immerse themselves in a house or maze filled with scares and terrors of fright.

Charles Montgomery cameo appearance in Season 5 of “American Horror Story: Hotel” who was shown in the first season of “Murder House”. Source: (Popsugar.com)

Since I haven’t seen all the seasons yet of the show but I am knowledgeable enough that “American Horror Story” and in which fans tend to agree with it, the show isn’t complete without recognizing some of the most gruesome murder kills or torturers of characters that in each of the different seasons of the show. I’ve only watched Hotel and I thought it was absolutely fantastic and the bloody and gory kills and torture scenes were spot on. I won’t mention which ones for anyone that hasn’t seen Season 5 for remaining spoiler free but, let’s just say that they are cringe worthy to watch.

If you take past or upcoming houses and mazes from Halloween Horror Nights events that, AHS can learn from other big named IPs such as “The Purge”, “Halloween”, “An American Werewolf In London” of there famous murder scenes. Those houses are translated from film towards the house or maze like your watching it and being part of it but, since AHS is a television series that can be mixed of different seasons or just a particular season. In which Universal creatives and set designers pay attention towards from every angle and approach to apply it if chose what to bring towards the table from AHS.

2.) Promotion Marketing For The Upcoming Season 6 For The Show

My other guess and thought if “American Horror Story” were being brought towards the Universal Parks in Hollywood and Orlando it would not only excite the fan base for it but, to promote the upcoming season this Fall for Season 6. If you never heard of the show before this might also get some of the outside general public to be curious since HHN is a cash cow money making event and curious to check out the house or maze for AHS. The details and the theme title are very vague at the moment for the upcoming season this Fall but, we do know that Lady Gaga is returning back for the season. It’s a guess and theory it’s going to be involving children and some sort of devil theme from what we know of so far.

Generally AHS usually debuts one month before Halloween in September and gets everyone in the mood for the haunt and Halloween season since the show is a drama and thriller horror and other genres revolving around it. If we take the highly anticipated Skull Island: Reign of Kong ride that opened up recently at Universal Studios’ Islands of Adventure for example, the ride is not only promoting content for the park but also for the upcoming film of “Kong: Skull Island” (March 10th, 2017) with Tom Hiddleston in it. In which in a sense is marketing done right by Universal/NBC Comcast.

1.) The Casting of Characters

This final reason is a bit of tough one to discuss but there is so many great and unique different of characters by the amazing talent of the cast that plays the roles through out each season of AHS. If your a big supporter of the show and that everyone’s favorite actress in the show who step down of Jessica Lange who played amazing characters from Season 1-4. Then Lady Gaga took over for Jessica as her lead role as The Countess for a new character in Season 5 of AHS: Hotel.

The characters of the show makes up the heart and brings the realism in getting attached towards there story and background in knowing the description of who they are. But we are talking about 5 seasons now upcoming 6 of the whole show together here. Like I said before it’s really hard to narrow down of what Universal can pick and use to get the guest reaction they really want to use but, Universal pays attention towards the talent that could be good candidates during tons of audition roles (if they pass it) that people can scheduled appointments to be assigned towards a house, maze, or scare zone.

Seasons 1-5 of “American Horror Story” With So Many Iconic And Creative Characters Universal Can Use To Scare Upon There Guests.

If the anthology series was going to be a mix and consistency of different seasons in a scenario here into a house or maze of certain characters my top 5 choices would be Twisty the Clown from Freak Show, Dr. Arthur Arden from Asylum, The Axeman from Coven, Sister Jude from Asylum, and serial killer James March from Hotel. But if they are going focus it on a certain season my strongest choices would be Asylum and Hotel and which in some didn’t like Hotel but that’s all personal preference and opinion here.

In which if any those two seasons that Universal Studios can really just focus from the first towards the last episode and just focusing on the universal world that makes up the show. The AHS fan base would be defiantly excited and wanting take step inside and seeing how there going to be part of it and getting the scares of the characters they will recognize and well… to be scared by the most.

So in all fairness that this just my personal thoughts and top reasons in why I think the franchise of “American Horror Story” would succeed for HHN this year for both Hollywood & Orlando. But like I said this just all rumor and speculation for now till anything is teased or officially released by Universal Studios or by the head of HHN announcements of Mike Aiello in Orlando who is the, Director of Entertainment Creative Development for Universal Orlando’s Entertainment Division.

The television series is so rich and detailed of the whole lore of the story and connecting the originality universal world around it to make a high quality and fashionable kind of house or a maze. Now if you agree with any of top reasons or like to elaborate more, leave a comment down below and for all of your Universal Studios/HHN coverage and themed entertainment news keep checking back here SkywalkingAdventure.com