Disney attractions that are iconic and classic like for example the Tower of Terror, the Haunted Mansion, Space Mountain etc and hearing something through the grapevine as either a big or small rumor, the Disney fandom certainly loves to speculate and gets very curious of what takes over there favorite rides. The famous The Hollywood Hotel: The Twilight Zone Tower of Terror is now the focus of what is next for Disney California Adventure

Before I dive into the details here, we need to rewind towards of the month of April 2016 and certain other months leading up towards the conclusion of this story with some general background information here. 4 months ago WDWNT broke out a rumor story for a Guardians of the Galaxy attraction and replacing it for the infamous The Twilight Zone: Tower of Terror. This started a epidemic panic on social media and thinking this was going to take over the Orlando’s Tower of Terror in Disney’s Hollywood Studios too, in which this case it doesn’t. 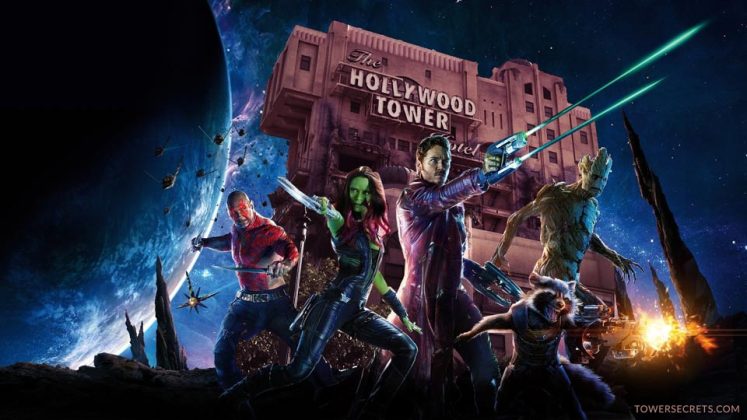 In the month of May 2016, Orlando United published a story explaining and breaking down the whole Marvel/Universal contract because it was being brought up again cause of the rumor Guardians of the Galaxy/Tower of Terror take over. You can read the full Sec.Gov contract right here if you want too. Attractions Magazine also did a detailed breakdown through there rumor queue page explaining for the future of Super Hero Island at Universal Studios’ Islands of Adventure. In there page they did a explanation about Guardians of the Galaxy in this statement that:

“We aren’t privy to the contract, but I’ve been told by a source that each property was explicitly detailed as to what manner they were to be used by Universal, and this doesn’t include every Marvel property in existence. For instance, the “Guardians of the Galaxy” aren’t present at Universal Orlando, but have been seen as costumed characters at Walt Disney World.”-Attractions Magazine. In explanation of what they meant was them as face characters for Guardians of the Galaxy in the parks during special private events if you seen through social media in which were Starlord and Gamora.”

This was also getting the media attention from the Orlando Sentinel and the Orlando Weekly too referring towards the same subject of the Guardians of the Galaxy take over for The Twilight Zone: Tower of Terror. If you want also want a good article to read about the same matter of what I am talking about check out this article by ThemeParkInsider of explaining the Guardians of the Galaxy push into the Tower of Terror at Disney California Adventure.

So what does all this background information I just explained and all mean now? It means a whole lot of speculation and potential guesses of what the next project or expansion is coming down the pipeline for the park at Disney California Adventure with a rumor of a Marvel themed expansion next too.

In my guess that since the Guardians attraction is taking over this, and is probably a set phase in order to prompt the resort’s guests and AP Holders to provide a certain content since the Star Wars Land expansion is still yet TBA of a certain completion date right across next door in Disneyland. It is also probably a certain topic for the Guardians take over cause of voluntary budget cutting since Disney have invested so much in applying it towards Star Wars and if a Marvel themed expansion is coming later on. This will either make everyone excited or not cause of the Marvel brand name and some are profound of superheroes and some are not.

This also applies for the Disneyland 60th coming towards an end on September 5th of this year with the Disneyland: Forever fireworks being pulled just to save some extra cash and well… because of budget cutting too. Also the fact that with Disney didn’t renew the license under CBS for the show of “The Twilight Zone” cause of heavy amount of royalty fees that Disney was paying off and the result was the Marvel take over for the Tower of Terror.

Not knowing this layover can open possibilities between character and merchandise balancing that have been non existent in a theme park setting before too. Since Super Hero HQ closed down recently in the Innoventions building at Tomorrowland and brought over Captain America and Spider-Man towards California Adventure. This would be a guess to apply it for the Guardians of the Galaxy and selling and developing product merchandising or a fair chance of a character interaction meet and greet cause of the change. Keep in mind here that is just my potential guesses and the possibilities that the Walt Disney Company can or cannot do with the Guardians brand since it’s only one film and now a sequel coming next year.

The announcement last night at the famous pop culture and comic convention every year in the summer at San Diego Comic Con International at the Marvel panel was a big uproar when Marvel/Disney announced the Guardians layover for the Tower of Terror. It is currently the most disliked trending story all across the Internet and social media even with a ton of dislikes on it’s announcement video on YouTube.

So here are the published details from the Disney Parks Blog by Joe Rodhe of what the concept and details are going to be for new and the upcoming attraction for the Tower of Terror in Disney California Adventure:

“Deep inside his fortress-like collection, the mysterious Taneleer Tivan (aka The Collector) is displaying his newest acquisitions, the Guardians of the Galaxy. They are trapped in customized display cases, suspended over a vast abyss. Unbeknownst to their unscrupulous captor, the intrepid Rocket has escaped and is enlisting the Collector’s VIP guests for help. Guests board a gantry lift, which launches them into a chaotic and hilarious adventure as they join Rocket in an attempt to break his fellow Guardians out of captivity.”

“The new attraction will anchor a broader universe of Super Heroes that will grow over time at Disney California Adventure park. This exciting new presence will transform the structure currently housing The Twilight Zone Tower of Terror™ (scheduled to close in early 2017) into an epic new adventure, enhancing the breathtaking free fall sensation with all-new visual and audio effects to create a variety of ride experiences. Guests will experience multiple random, unique ride profiles in which the rise and fall of the gantry lift will rock to the beat of music inspired by the film’s popular soundtrack.”

“Guardians of the Galaxy – Mission: BREAKOUT! opens summer 2017 at Disney California Adventure park. Stay tuned to the Disney Parks Blog as we’ll bring you more details as the attraction develops as well as opportunities to celebrate The Twilight Zone Tower of Terror™ before it closes in early 2017.” 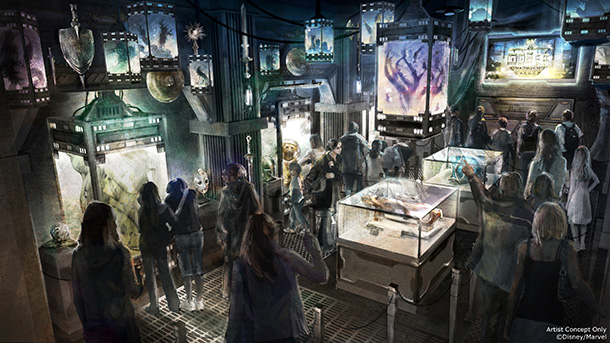 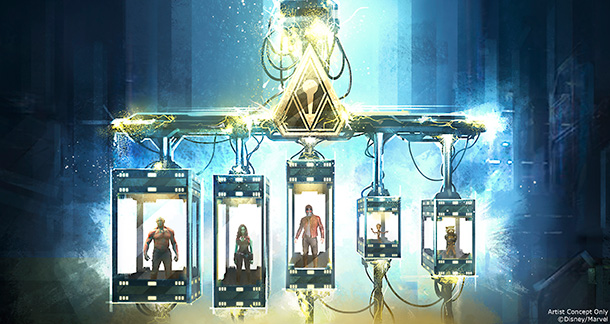 If your wondering why the announcement was done by Joe Rodhe and for you many Disney fans know with his major involvement of Disney’s Animal Kingdom of nature and wildlife and the upcoming of the Pandora expansion from James Cameron’s multi billion dollar blockbuster of “Avatar” and here is why it was announced by Joe Rodhe himself.

Last year (2015) that, WDWMagic.com reported that Joe Rodhe and Bob Weis expanded there roles within Walt Disney Imagineering and taking on certain and high ranking roles. This also includes Joe Rohde’s role of global creative leadership within the Marvel brand and if you were also were hearing too that he was flying out between Orlando and Anaheim in also being rumored the head leader for the Marvel themed expansion for DCA.

So the evidence is quite possible for this but as I said that this is just all rumor and speculation till it’s confirmed and if Joe Rodhe is taking on the responsibility for the expansion or not. Bob Weis was heavily involved in making the creation of the now opened Shanghai Disneyland Resort on June 16th, 2016 in China and now the creative lead of Hong Kong Disneyland Resort. 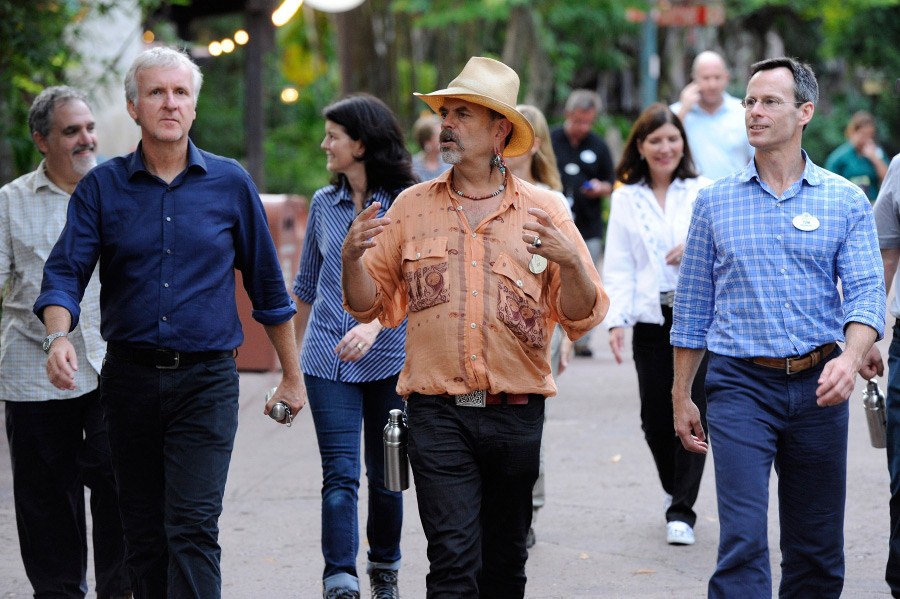 The Guardians of the Galaxy attraction in my mind will be marketed just to be time when the sequel of the film will be in theaters in the summer of next year. As for you current Tower of Terror fans… this I would have to agree to be the most upsetting news ever towards you since it’s a classic and iconic ride with the sense of free falling.

For myself I am still having mixed feelings because the whole story of a abandoned hotel in the dark side of Hollywood with the whole 1930s theme and vibe with the classy-swinging jazzy music and the cast members acting like creepy hotel employees and bell hops. Where towards my other end I really love Guardians of the Galaxy a lot and the characters and director James Gunn who wrote, directed, and produced Guardians. The soundtrack is also among one of my favorites in the film with the amazing soundtrack of Awesome Mix Vol. 1 with such classic genres of Pop, Rock N Roll, Alternative etc to fit into the whole vibe and the theme of the film.

So I want to hear this from you guys, are you excited or not? Do you think it’s a good or bad idea and all this background information is now a reality that is happening? Let me know down in the comments section below and for all of your space traveling, hotel checking in, and everything else Disney and other themed entertainment news and topics, keep checking back here at SkywalkingAdventure.com