The long awaited announcement for Harry Potter fans of the Christmas time season has been officially announced today for the Universal Orlando Resort. The Wizarding World of Harry Potter will welcome the Christmas time period starting November 18th, 2017-January 6th, 2018 with all brand new offerings for the holiday season for this brand new festive and magical experience.

The Potter fandom has been demanding some sort of holiday time type of event for a while since that survey mentioned a while ago of different ideas including The Wizarding of Harry Potter would fit the park. It’s still unclear or certain if the fan favorite from the Harry Potter films of the “Yule Ball” from Harry Potter and The Goblet of Fire will be offered as a potential guess of a upcharge or a free event for this brand new holiday offering.

Diagon Alley and Hogsmead Village will part take in the festive event as you will see it being transformed of a overlay of holiday decorations of the shops and restaurants to see the amazing attention towards detail of it’s unique architecture. Their is no mention of what kind of holiday food and beverage will be offered (presumably since hot butterbeer as a seasonal item) and of course live entertainment. Possible chances this will be the Frog Choir of the Hogwarts students and Celestina Warbeck herself in Diagon Alley. 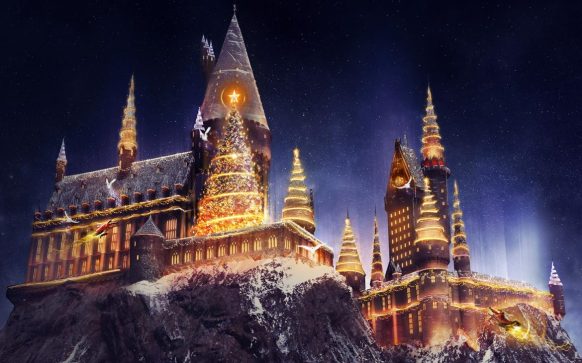 Now as day turns into night, of which this will be the main event for the Hogwarts Castle in which something “spectacular” will happen. The state-of-the-art map projection technology will transform the castle into a holiday kind of show and this is a also a guess this will be utilized by Christie Digital Systems as the overlay of the castle.

“The Christmas celebration will crescendo nightly as a festive spell will be cast onto Hogwarts castle, cascading it in décor, candlelight and festive moments inspired by the films. Using the latest in mapped projection technology, Hogwarts Castle will transform itself into a yuletide display, gifting fans with an amazing, new view.”

“The holidays have always been a special time for Hogwarts students. And we’re going to capture that same spirit, allowing you to experience The Wizarding World of Harry Potter like never before.” from Senior Director of Creative Entertainment, Mike Aiello.

The classic Universal Orlando Holiday Parade and the partnership with Macy’s will be also introducing a brand new holiday parade as Universal guests will get to enjoy newly designed floats, festive balloons, and favorite characters by Universal that you see roaming around in the park.

This will also include “Minions” (hopefully not causing mayhem and breaking stuff) from Illumination Entertainment and Dreamworks Animation of “Madagascar”. Macy’s is the global leader in balloon entertainment in bringing this parade to life that is recognized and cherished by many fans. 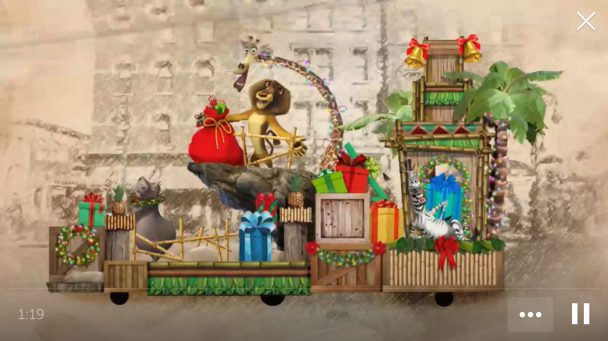 Details for vacation package deals and tickets haven’t been released for the holiday time period and be sure to stay posted and updated by visiting their site over at universalorlando.com of when they’ll be released.

This is just a small preview and taste for you fellow witches and wizards out there of what’s to come this holiday season and other sneak previews as well. For everything Universal Parks & Resorts and all other themed entertainment news, keep checking back here at SkywalkingAdventure.com