Spring 2019 season has just begun for Florida’s theme parks but today, Universal Orlando has announced their 2019-2020 holiday season dates and line up for having some cheerful fun this holiday season.

Universal Orlando’s holiday season kicks off on November 16th, 2019-January 5th, 2020 throughout the whole resort in festive holiday decor, food and beverages and more. Just as a recap in what you can expect when you visit the resort this year. 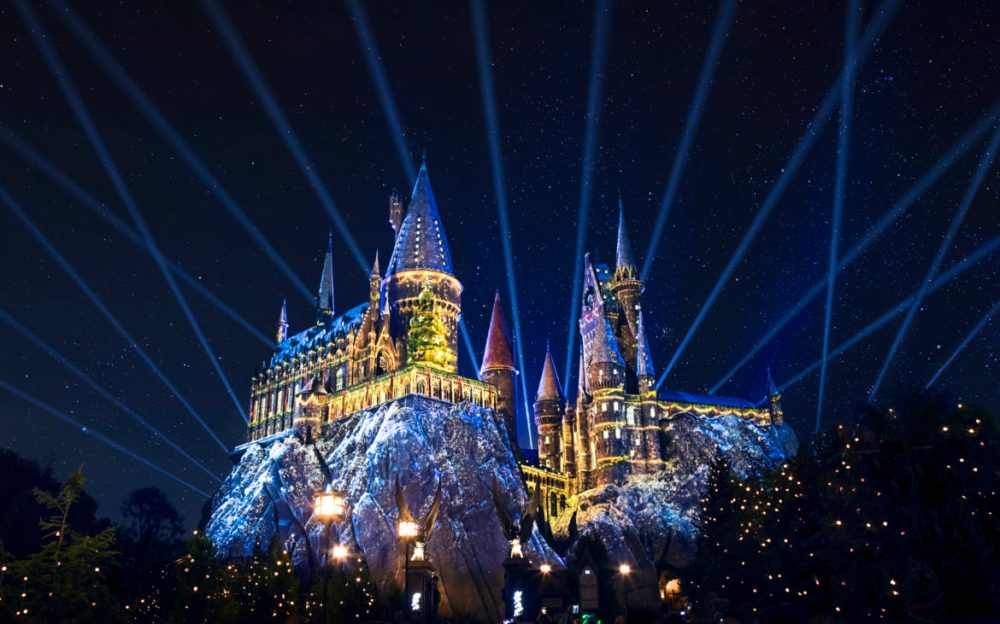 The Wizarding World of Harry Potter will be both at Universal Orlando and Islands of Adventure between Hogsmead and Diagon Alley. Guests can expect Celestina Warbeck and the Banshees signing original Christmas songs at Diagon Alley or guests can check out the visual stunning map projection show at Hogsmead, “The Magic of Christmas at Hogwarts Castle”.

Experience the global leader in balloon entertainment with Universal’s Holiday Parade featuring Macy’s with some recent addition characters including from Dreamworks Animation of “Madagascar”.

Enjoy the classic tale with the Who’s in Whoville, featuring The Grinch in his Santa outfit in The Grinchmas Who-liday Spectacular. The Grinch is located in the Dr. Seuss area at Universal Orlando’s Islands of Adventure.

EVE at Universal CityWalk is a great way for adult who are 21+ and over to ring in 2020 for some nighttime fun offerings. Those details will be announced at later given time this year.

To find out more for Universal Orlando’s upcoming holiday season and can visit the link by clicking here.

For everything Universal Parks & Resorts and all other themed entertainment news, keep checking back here at SkywalkingAdventure.com