The force has certainly been strong this ongoing weekend in the Orlando area. Star Wars Celebration 2017 at the Orange County Convention Center was the center flock migration for Star Wars fans from all across the world as they learn the newest and upcoming news, details, and more from across the galaxy far, far away.

Last night at the convention was the Disney Parks panel (“Star Wars and Disney Parks: A Galaxy in the Making”) between the creative and leading minds between Lucasfilm and Walt Disney Imagineering in opening two Star Wars themed expansion at Walt Disney World and Disneyland Resorts. The announcement was first made back at D23 2015 Expo when Chairman & CEO, Bob Iger of The Walt Disney Company first made the announcement as only a teaser and concept art renderings were released that year.

Flash forwarding 2-years later in which more and new concept art renderings and details have been released by the Disney Parks Blog in what fans of the Star Wars Universe can expect in 2019. The panel consisted of Disney Executives of Scott Trowbridge, Wendy Anderson, Asa Kalama and Chris Beatty as well as Lucasfilm creative executive Pablo Hidalgo and film designer Doug Chiang who has worked on four Star Wars films.

“The team shared exciting new details about the story behind this mysterious destination somewhere on the Outer Rim — lying on the edge of the Unknown Regions. The remote village was once a busy crossroads along the old sub-lightspeed trade routes, but the prominence of the outpost has been bypassed with the rise of hyperspace travel. Now home to those who prefer less attention, it has become a thriving port for smugglers, rogue traders and adventurers traveling between the frontier and uncharted space. It’s also a convenient safe-haven for others intent on avoiding the expanding reach of the First Order.”

Unfortunately their won’t be any recognizable or memorable locations that we all know from the franchise such as Naboo, Hoth, or Tatooine as some examples and this will be a brand new planet for us to discover to be part of the galactic universe to visit. When visiting the Star Wars expansions in California or Florida will be all new original storytelling and characters-inspired from the Star Wars Universe and the panel mentioned last night that “We didn’t want to tell stories that already existed. We wanted to tell new Star Wars stories in a new place, with the guest as the star.” 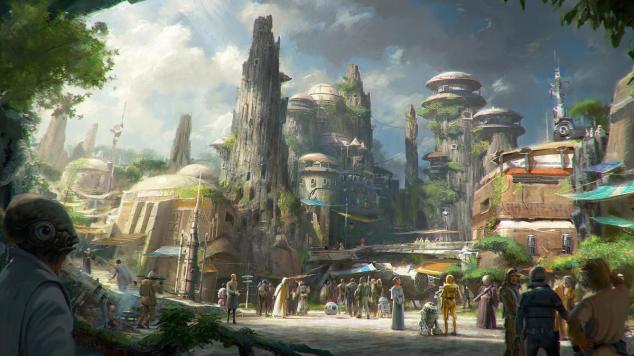 The panel did mentioned and relieved the location of this brand new planet and where about’s it will be located. Guests will be transported in Star Wars Universe’s Outer Rim in the Unknown Region of the galaxy. The name of the new planet wasn’t relieved towards the attendees in the audience last night.

“This used to be a vibrant trading port back in the old sub-lightspeed days, but now with advent of hyperspace, its prominence has kind of fallen and faded a little bit which has made it a great spot for those who didn’t want to be on that kind of mainstream path,” Trowbridge said. “The smugglers, the bounty hunters, the rogue adventurers looking to crew up, the people who don’t want to be found — basically all the interesting people.”

“With every new Star Wars story it’s like coming back home but finding a new corner of that home you’ve never explored before. When it came to developing this location…not only figuring out where this place is on the galactic map but what its history has been throughout galactic history.” mentioned by Pablo Hildalgo.

Now one of the most highly-anticipated attractions that guests will able to do is well…you pilot the Millennium Falcon! The attraction will be intertwined with a different ride experience and your storyline will be impacted depending on your experience when taking part of the adventure on the Falcon. Kalama is working on the attraction that will be featured and explained that:

“It’s entirely up to you and your flight crew. Chances are you’re going to make it to your destination on the other end. The ship just may be a little more damaged than when you begin,” he said. “It’s really up to you. You can bring her in without a scratch on her or if you want to — you know if you’re a practitioner of bumper bowling and you want to try to maneuver off a couple of those rock faces.” 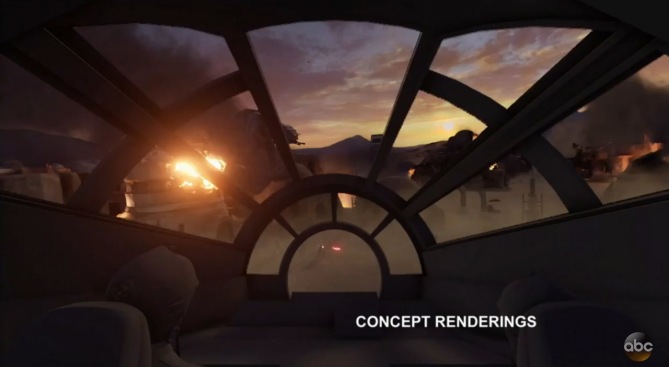 Artist Concept Only rendering for the Millennium Falcon ride that was shown last year in February on ABC-sister company of The Walt Disney Company. Source: (©Lucasfilm/Disney)

If guests don’t take the action of landing the Falcon or a situation ends up going south, and guests will end up taking the consequences from the following by Kalama:

“There are consequences to your actions in this world so you know if you bring a ship pretty heavily damaged, chances are you know somebody’s not going to be too happy about that.”

“So again for those who are really interested in delving a little bit deeper, we’re excited for opportunities where you know an experience might begin on board the Millennium Falcon and follow you right out the door of the attraction and into the local watering hole,” Kalama said.”

This just is an example mentioned by Kalama and depending if guests made good or bad choices will reflect with the character interactions on the planet in the outer rim. So either you can pledge your allegiance towards the First Order or the Resistance or taking a job offer with the smugglers like Han Solo and Chewbacca did in the franchise. Your reputation will reflect “who you are” and if your fighting for the greater of good or fighting the greater of bad. Potential guess that this will be followed by your MagicBand at Disney’s Hollywood Studios.

Interactive real-world interactions will take part of the whole Star Wars mythological universe as this will be your sandbox to play in and the concept art was the whole inspiration in making this a “real place” for guests to visit and take part of.

Star Tours at Disney Parks locations will be also adding the brand new planet from Episode 8: The Last Jedi called Crait that was relieved during the celebration. The planet of Jakku was added when The Force Awakens was released in 2015. No mention of when the planet of Crait will be added towards the attraction and a potential guess it will be added and closer around when the film releases in December. 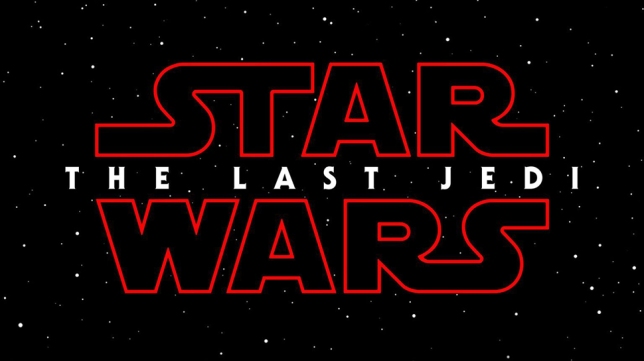 The new concept art renderings will also allow guests to explore different shops around this village shown down below. Chris Beatty explained more about this:

“We’re going to let you actually go and explore these streets and these markets and buy strange meat concoctions and hold up in you know weird vessels that you can walk around and eat and of course have to have a glass of blue milk,” he said. “That might have been a pod race engine that we’ve rigged up and you know maybe that’s cooking the meat in this market. We’re really trying to make sure there’s something in this land for everyone that no matter where you come in to the story or into this saga that there’s something there that will resonate with you.”

Artist Concept Art Only of what guests can expect and practical sets will look like when the Star Wars expansions opens up in 2019. Source: (©Lucasfilm/Disney)

This will be one of the biggest projects for two expansions that Walt Disney Imagineering and Lucasfilm between the collaborations is developing and creating to be immersed in the realm for Star Wars. Director Rian Johnson from The Last Jedi mentioned in the behind-the-scenes video down below to check out and the total goal for this project was immersion.

“You walk in there, and everything from being in the environment, to having random characters that you actually interact with… everything about it is just about total immersion.”

More information and concepts will go further more into detail at this year’s D23 Expo in July at the Anaheim Convention Center when the expansions will open up some point in 2019 at Walt Disney World in Orlando, Florida and Disneyland Resort in Anaheim, California.

For everything Disney Parks and all other themed entertainment news, keep checking back here at SkywalkingAdventure.com