UNIVERSAL STUDIOS- The studio that created the classic monsters/horror line up from The Wolfman, Frankenstein and Bride of Frankenstein, The Mummy, Creature From The Black Lagoon etc. These monsters refined and influenced Hollywood’s perception and overview of how we define these characters and the universal worlds that they live in. 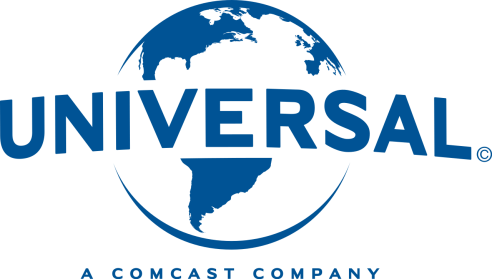 However though, we’ll be focusing more about “The Mummy” since the reboot that hits theaters this weekend starring Tom Cruise (sorry Brendan Fraser ) and what how it will possibly to re brand the attraction at Universal Studios parks.

Before we dive in about the attraction, we need to visit the Universal Studios adaption of the classic monster of where the Mummy existed from that, was adapted in 1932 as a brief summary. Founder of Universal Studios, Carl Laemmle, Jr. got the idea of making a Mummy film from the discovery of King Tut’s tomb in 1922 by British archaeologists, Howard Carter and Lord Carnarvon one of the most famous Egyptian pharaohs of Ancient Egypt. 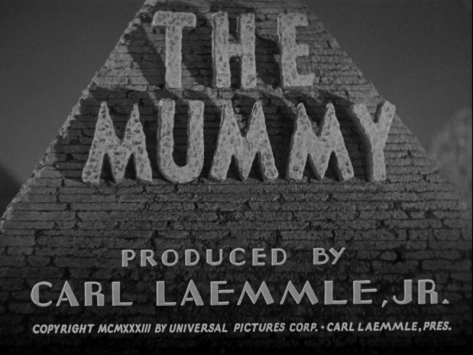 This is probably where you heard the famous “King Tut’s Curse” but, it was just nothing but mold and asbestos in the air that has been in the sand for the past 3,000 years. The public got interested about the discovery of King Tut in the 30’s and one of Hollywood’s most famous actors at the time was Boris Karloff that was casted of playing the monster movie that we all know and love.

Laemmle’s motivation got him to approve the story idea of making another monster movie since Universal around that time was making other films like Dracula from Stoker’s novel adaptation and many more after that.  After the working titles such as The King of the Dead and Im-Ho-Tep, Laemmle changed the name of the film to The Mummy during filming. Now since you got your brief history lesson about “The Mummy”, now let’s focus things on the attraction that are now current at Universal Studios parks and what could the modern Mummy do as a takeover. 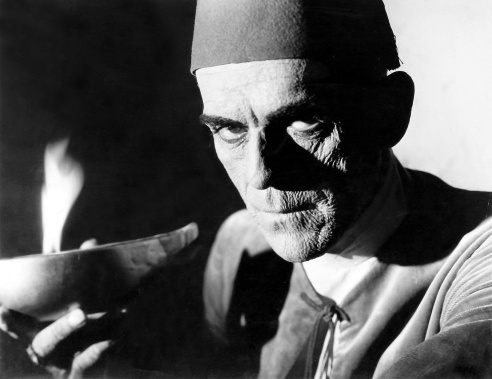 Hollywood iconic actor, Boris Karloff the 1932 version of “The Mummy” by Universal Pictures.

If you haven’t been brought towards the speed, Universal announced couple weeks that all of the monster movies that we know and seen will be a huge cinematic universe called, “Dark Universe”. This a universe like something similar with Marvel’s cinematic universe but, it’s all about monsters and creatures that are part of Hollywood’s iconic legacy. It’s no given brainer that Hollywood has reworked and rebooted of what Universal has created and other film studios did their own interpretation and vision of what they think of the classic monster. The 2017 adaption of “The Mummy” is first of the series on the big screen with the follow up of the “Bride of Frankenstein”  to be directed by Bill Condon (Beauty & The Beast) next year in February and Universal is considering to do many more of their rebooted monsters. 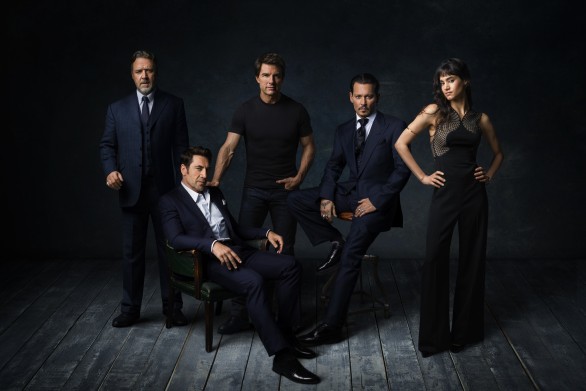 Russell Crowe, Tom Cruise, Johnny Depp, Javier Bardem, and Sofia Boutella that are part of Universal’s “Dark Universe” in which “The Mummy” is the first film of the cinematic universe.

Revenge of the Mummy that was a replacement of Kongfrontation at Universal Orlando, which now resides at Islands of Adventure for a re imagined attraction and the Tram Tour at Universal Studios Hollywood. “The Mummy” was readapated in the 1999 version starring Brendan Fraser that was used from the film towards the attraction that opened up on May 21st, 2004. There were rumors that the attraction would be closing down since Universal was in dire need of other attractions to draw attendance and revenue for the park. By way later on with the partnership between Universal and Warner Bros Entertainment became the home location of The Wizarding World of Harry Potter in 2010 and Diagon Alley in 2014 from the multi-billion dollar franchise of Harry Potter. 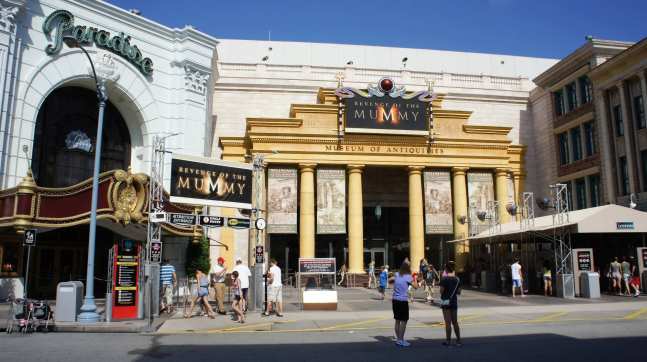 So what does this mean for Revenge of the Mummy and why it’s still around because still towards this day and so far no plans closing it down? Well let me explain and here me out on this scenario here about it. If you weren’t on the Twitterverse a couple days ago, in which Inside Universal posted these pics at the Sahara Traders gift store inside of the attraction which were just your average merchandise items as promotional material and corporate synergy for the 2017 version of the film. 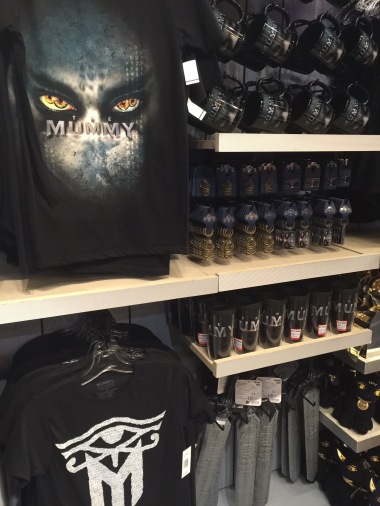 However this pic shown down below raised a lot of ringing bells and and speculation since Universal is doing a whole new thing with their property for the “Dark Universe”. This wall decal poster for the 2017 film is probably foreshadowing in which it is or isn’t for sure if their considering in updating or gutting out the attraction for a whole new ride system. Since we all know the joking matter with Universal’s pride with “screens” and trying to improve and fading away from it. It’s quite possible to have more real practical sets and minimum screens of when Nintendo is coming down the pipeline in 2020 right around the Tokyo Summer Games. 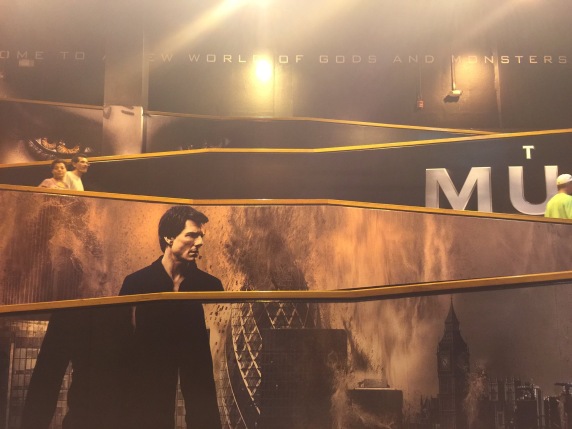 Now this isn’t confirmed or anything since this all personal inner assumption for speculation here but, it’s been a very long time since Revenge of the Mummy got anything new for a refurbishment since 2013 at Universal Orlando. So either right now or maybe Universal is thinking about in replacing the Brendan Fraser version (yes even the famous ending scene with his cup of coffee to be replaced with Tom Cruise) and to include more modern audio animatronics and special fx since Disney’s animatronics with the Na’vi people for Pandora from Avatar is highly realistic and convincing.

Universal has even pushed their monster genre in towards their mega popular Halloween/horror event, of Halloween Horror Nights and could be also a consideration to line up the “Dark Universe” for their IP houses or scare zones. We are just tinkering and toying with the idea since Universal with anything from HHN, attractions, and expansions that they don’t joke around to book out their roadmap years and way far advance to built up momentum and hype for their guests to enjoy and attend their parks. 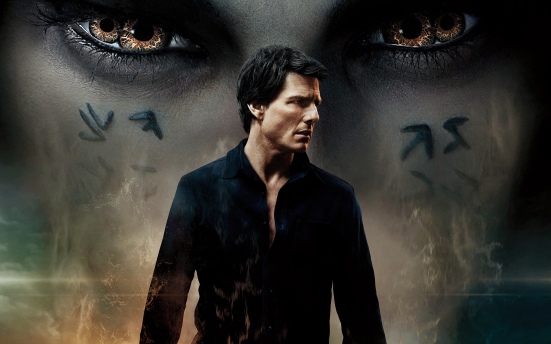 This is something to consider and think about since Revenge of the Mummy is one of the best and fast thrill roller coasters in Orlando and also reside in Hollywood and Singapore too. If Universal decides to pull the trigger to rebrand the attraction with the modern version of “The Mummy” being released in theaters this weekend, it’s a question of where it will start out first, not just in Orlando. This could be in the timeline somewhere between Harry Potter and the Nintendo projects as also recently they just opened up their first and third water theme park of, Volcano Bay and has plans for a 5 acres expansion.

So what you guys make out and think of this? Keep it the way it is a for a nostalgic feeling with Rick O’Connell or bring it more life like and modern towards their cinematic universe? Leave it down below for your thoughts and response about this!

For everything Universal Parks and all other themed entertainment news, keep checking back here at SkywalkingAdventure.com