News surfaced the web yesterday from WDWMagic, that they broke the news of the upcoming Main Street USA Theater project that was announced at D23 2017 is now being cancelled. Disney hasn’t officially confirmed if the plans have changed or not for this matter.

Sources have been now indicating that this project has been for certain been “cancelled” but, this is still inner speculation until Disney officially releases a statement or press release other wise. The theater was going to be based off Kansas City’s Willis Wood Theater where Walt Disney himself spent some of his life in the 1920s after leaving Marceline, Missouri.

What makes this interesting is because permits filed by the city were approved but, construction hasn’t begun yet for the project. One rumor by sources is suggesting that the theater budget went towards something else that isn’t for certainly clear yet. The theater building was going to be located East of Main Street USA and stretching near the Tomorrowland area. This project will not affect the upcoming Tron Coaster set to open up for Walt Disney World’s 50th anniversary in 2021.

Here’s the image of the permits that were filed for the theater project. 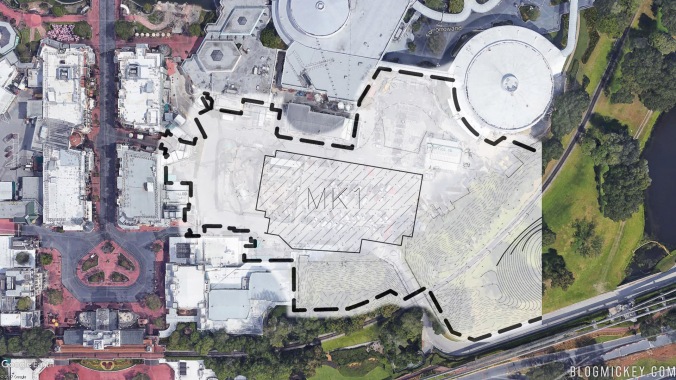 This is a developing story and will provide an update for further information if anymore details are released. Check out the announcement here from D23 2017 last year in the summer about the theater that was originally built for Main Street USA.

One thought on “RUMOR: The Main Street USA Theater Project At The Magic Kingdom Being Cancelled?”