At last year’s D23 Expo in Anaheim, California and in which confirmation by Chairman of the Walt Disney Parks & Resorts, Bob Chapek announced and in which an unexpected announcement of a space-themed restaurant is officially coming towards Epcot. Their were certainly a lot of questions of when and where the restaurant was going to be place and going to be opened but, today we got some more updated details from Disney about it.

As rumors were going around earlier this year of when Disney executives were spotted by the Wonders of Pavilion that were treasured by many classic Epcot attractions fans from the past and many were speculating that the restaurant would be installed there. Well those rumors can be dismissed and Disney has officially confirmed that the new restaurant is going to be built-in a newly developing area, that will be located between Mission: SPACE and Test Track. The restaurant will invite guests to feel immersed that their in actual space for a unique dining experience in the stars.

Artist Concept Only for the new space-themed restaurant at Epcot. Source: (©Disney)

This will be operated by the Patina Restaurant Group, led by Nick Valenti and whom operates several other restaurants around Walt Disney World, including Tutto Italia and Via Napoli at Epcot, Morimoto Asia and Maria & Enzo’s Ristorante at Disney Springs.

“We know our guests love dining at Epcot – and the restaurants really are out of this world,” Tom said. “Now we’re about to create one that takes that literally.” Tom Fitzgerald is one of the Imagineers who provided the details from last year’s D23 Expo about the restaurant.

Disney did not confirm an official opening date yet for the space-themed restaurant for the park and more details will be announced when they become available.

The Mission: SPACE attraction reopened up last year in the summer after a lengthy-refurbishment period in their partnership with ILM (Industrial Light and Magic) as one of the industry’s leading special effects companies in the world and have fully enhanced both Orange and Green Missions towards your selection of Mars or Earth. Orange Mission offers an intense experience of feeling the G-Force from a rocket launch towards Mars while, Green Mission is more of a family friendly to give guests to orbit around Earth and younger children can be also provided with the X-2 Booster seats to join in with the Mission. 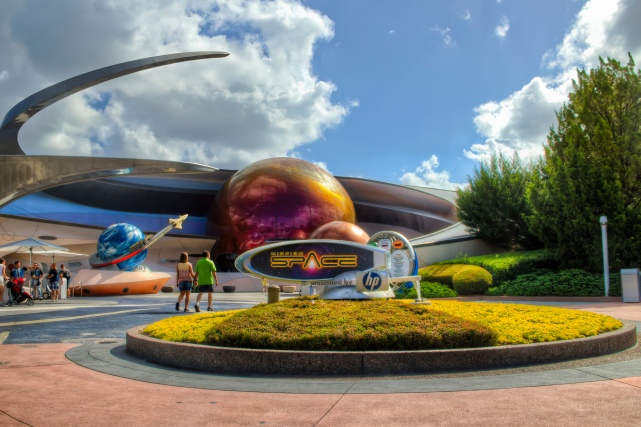