The Walt Disney Company just celebrated recently for it’s grand opening of Star Wars: Galaxy’s Edge last month towards their guests at the Disneyland Resort for it’s reservation window system. After June 24th, 2019, it will be open up towards all guests and a reservation will no longer be needed (subject towards capacity).

As Disney has long planned their next phase operation project will be bringing the Marvel Universe to life at their respected parks at Disneyland Paris, Hong Kong Disneyland, and the Disneyland Resort at Disney California Adventure.

Artist Concept Only for the future home of the Marvel Universe at Disney California Adventure. Source: (©Disney/©Marvel)

The city of Anaheim gave Disney the green light for permit filings to start construction for building permits for projects including; a bathroom overhaul, a retail outlet, a microbrewery, character meet-and-greet area, and improvements to behind-the-scenes-buildings. The value costs for the permits for the work are more than $14 million dollars.

Approved on Wednesday, for one of the permits allows Disney for a whopping 2,071-square-foot merchandise outlet with three canopies attached.

Disney declined to comment on the permits for the certain kind of attractions that will be included in the expansion. Spider-Man is the only confirmed attraction for Disney California Adventure for an interactive ride to battle the forces of evil, with everyone’s friendly neighboorhood super hero. 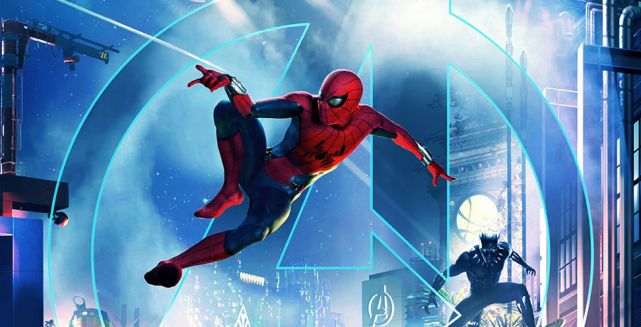 Spider-Man will be slinging his way towards the Marvel expansion at Disney California Adventure. Source: (©Disney/©Marvel)

More details about the expansion are expected to be announced at this year’s D23 Fan Expo at the Anaheim Convention Center on August 23rd-25th, 2019. The Marvel take over will replace A Bug’s Land based off the Pixar animation film, “A Bug’s Life” and closed last year in September. Construction is happening with temporary walls, with the words saying “Stark Industries” based off the fictional character of Tony Stark as Iron Man. 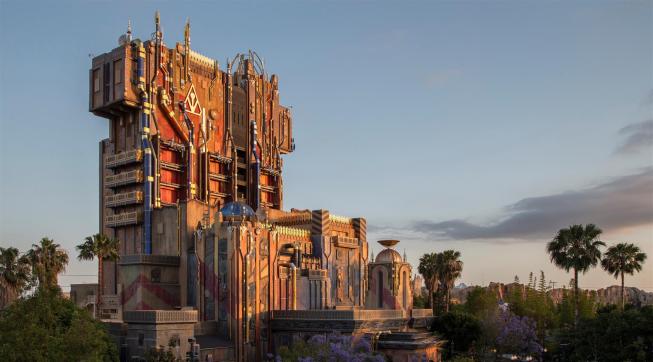 Guardians of the Galaxy: Mission Breakout! was the foundation in creating the expansion for Marvel at Disney California Adventure. Source: (©Disney/©Marvel)

The expansion is to anchor Guardians of the Galaxy: Mission Breakout! that opened up in 2017 that replaced The Twilight Zone theme. Visitors towards the park have been witnessing scaffolding and a metal structure begin to form behind the temporary wall.

Disney hasn’t officially announced a title name for the expansion, due towards the licensing deals that were signed before Disney bought out Marvel. The term “Marvel” cannot be used east of Mississippi River because of the contract with Marvel and Universal and applies for Orlando, Florida at the Walt Disney World Resort.

To read the full permits can be found here to learn more about it.