It’s that time of year again and where everything within The Walt Disney Company comes together under one roof for a 3 day weekend in celebrating everything Disney for the D23 Expo 2019.

This evening in which Bob Chapek, Chairman of Disney Parks, Experiences and Products shared many new details for exciting additions coming towards Disney Parks & Resorts all across the world. New concept art and details were released for the highly immersive and interactive vacation area for the Star Wars themed hotel. 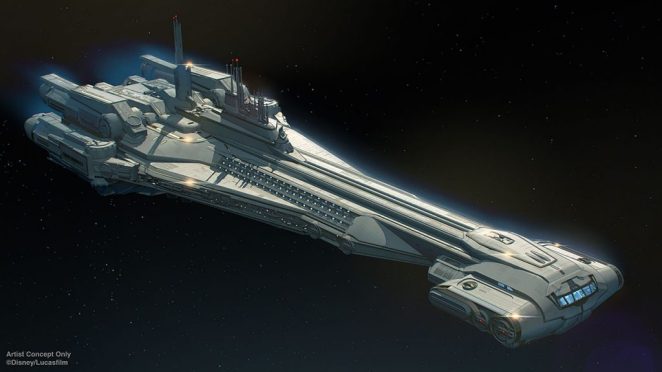 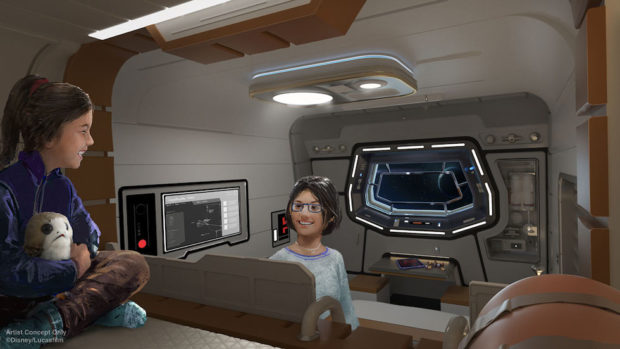 It will be called Star Wars: Galactic Starcruiser and here’s how Disney is describing it as:

“Will be a new, first-of-its-kind vacation experience where guests will check in for a two-night adventure aboard a glamorous starship.  Once onboard, guests will interact with characters and become active participants in stories that unfold around them on their galactic journey.”

On board the Starcruiser in which both children and adults will take the opportunity to face off against a training remote while wielding a lightsaber like Luke Skywalker did as he was learning to use the force. 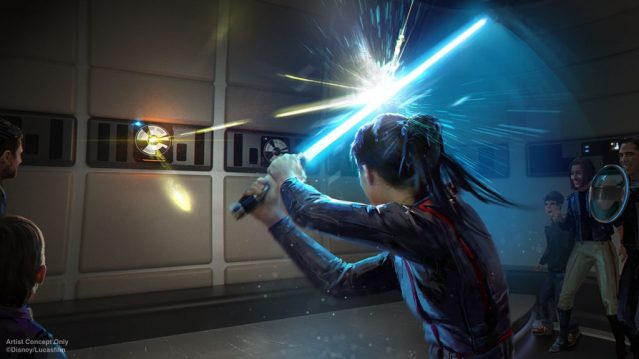 Artist Concept Only as guests will able to train to learn to use the force on the Starcruiser. Source: (©Disney©/Lucasfilm Ltd.)

The announcement was made at last expo back in 2017 and will be located at Disney’s Hollywood Studios at Walt Disney World and will connect towards Star Wars: Galaxy’s Edge. Visitors of the expo this year can see an up close model of the Starcruiser known as the “Halcyon” and offering a experience like no other towards Planet Batuu! 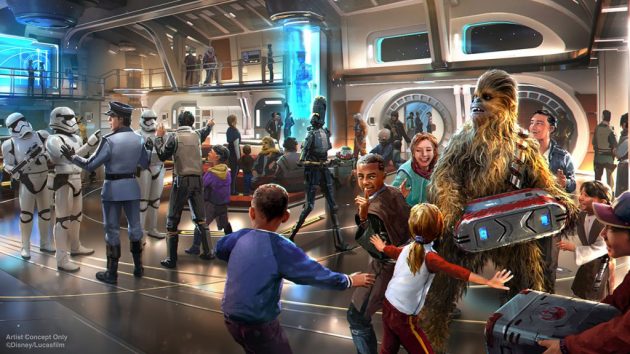 Stay tuned for the latest coverage for D23 Expo 2019 and for everything Disney Parks & Resorts and all other themed entertainment news, keep checking back here at SkywalkingAdventure.com